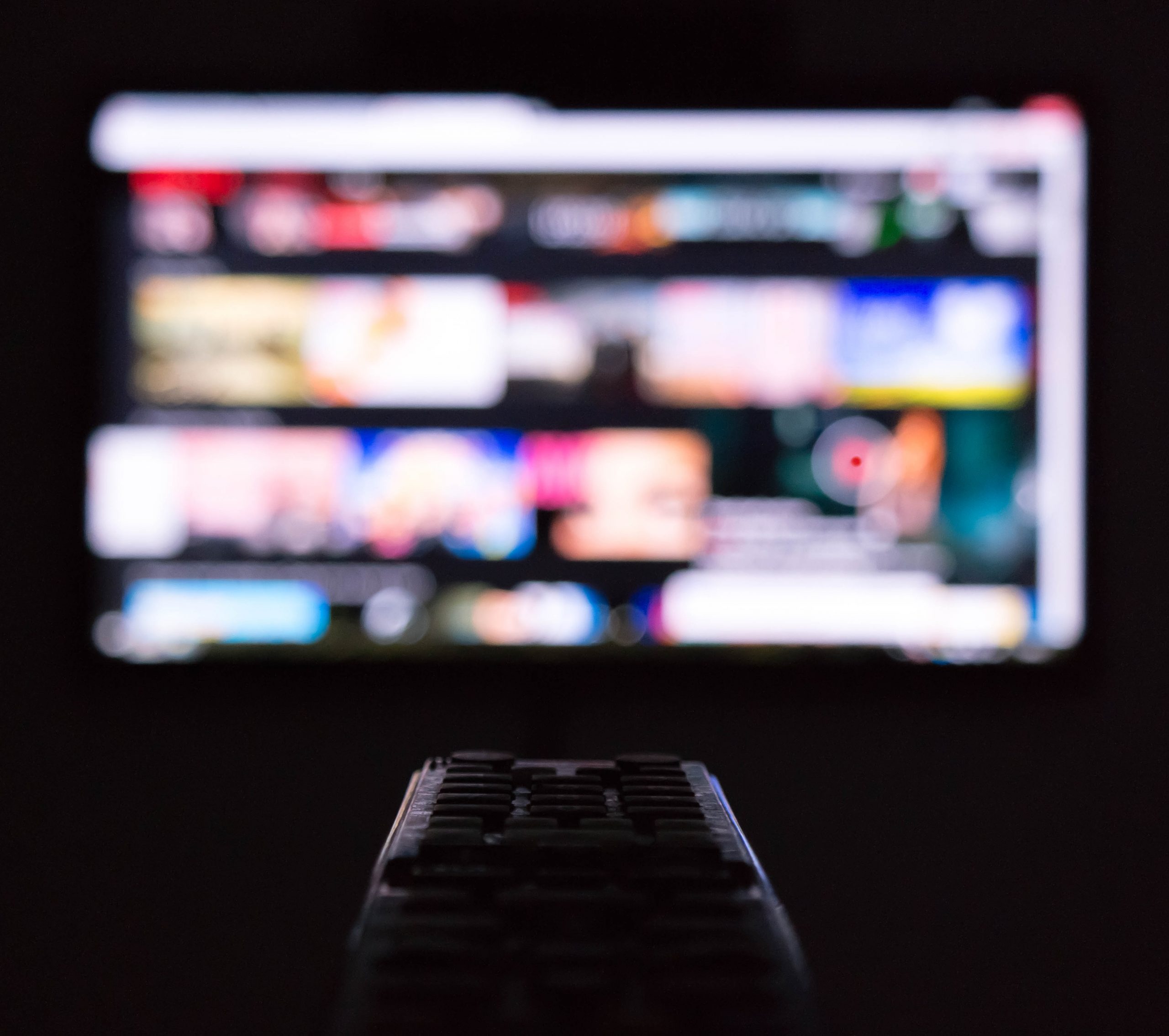 One of The European MetaData Group’s missions is to find solutions to optimize the quality of the TV and VOD metadata offered on the market. In relation to this, some of the TEMDG members organized some workshops focusing on a matter of great attention : the photos illustrating the TV and VOD programs.

This comes from the fact that it has become very challenging for users to find rapidly the video they are looking for among the myriad of content available on the market.

In fact, the media industry and analysts acknowledge that we are currently living a golden age of the production of video content: “content is king”. In the US, the production of series has more than doubled in 7 years, according to Bloomberg.

As a result, video content is everywhere on all types of platforms in all kinds of formats, in linear TV and of course increasingly in non linear offers. Video consumption is skyrocketing.

Creativity is at its top with loads of new concepts for shows and fictions; new genres emerge. Catalogues include international blockbusters as well as local fictions and for the more curious viewers, series and films from all countries in the world are available.

However, in a world where there is so much profusion of content, every evening, the viewer is still facing the same dilemma: “what’on TV tonight?” And even if the viewer knows what he wants to watch, his problem now is “where can I find it?”

Commonly, everybody is looking at Netflix as a reference. Netflix evidently combines strong and abundant content, sophisticated search & recommendation algorithms and sleek navigation.

A recent study issued by Deloitte Center for Technology, Media & Telecommunications (“Digital media trends survey, 13th edition – “Piecing it together”) shows that one of the top frustration of consumers is that they feel that “a good show is hard to find”. 43% of the respondents to the study stated that they give up on the search of content if they can’t find it in a few minutes.

According to analysts, this friction causes a high temptation for the viewers to resort to piracy.

In this world where there is so much video content and state of the art user interfaces one essential ingredient is commonly neglected: Metadata.

“The visual of a program is its facing on a million-videos store shelf.”

When a viewer faces a user interface, he browses through thousands of photos of programs and, unless he knows exactly what he is looking for, he will chose the program which visual procures him an immediate emotion: curiosity, surprise, joy and/or which will match his intimate state of mind and immediate need: relax, learn, romanticism, excitement, puzzle…

In an article posted on Netflix web site on May 2016 (https://media.netflix.com/en/company-blog/the-power-of-a-picture), Nick Nelson gave some very striking insight about the importance of visuals in the Netflix marketing approach. They estimate that if they don’t capture a subscriber attention within 90 seconds, then “he is likely to lose interest and change activity”.  That is why images is the most efficient way to entice a subscriber to choose a program. According to a study they ran in 2014 (!), “artwork is not only the biggest influencer to a subscriber decision to watch content, but it also constituted over 82% of their focus while browsing Netflix”. And not just that, Nick Nelson indicates that “In the end, we saw one clear thing — using better images to represent content significantly increased overall streaming hours and engagement from our members.

In an instant, a visual should respond to the emotional need of a viewer. And of course, not in a misleading way. In order to avoid any deception, it has to be truly representative of the content.

And yet, on one side, most of the production industry ignores the importance of the visual of its programs. And on the other side, most of the distributors and operators now understand the importance of key visuals but totally underestimate the difficulty of sourcing such vital element of its mix. In just a couple of years, their need shifted from just 16/9 or 4/3 format to all kinds of different formats, resolutions and specifications. Also, the needs vary depending on the countries: Europe is a continent, but it is also 49 different countries with heterogenous tastes and local specificities and content.

We, at The European Metadata Group (“TEMDG”) represents the leading suppliers of metadata and editorial services for the entertainment industry in Europe. All members are strong local players with a perfect network with broadcasters, operators and content owners in their territory.

We collect and create rich multilingual content for our customers in Europe, enabling them to design a better user experience and helping audiences find, discover, and enjoy the movies, series and television programs they love.

We all agree that sourcing proper visuals has become essential and are taking action:

#1 Communication: work with the channels, production houses and content catalogues and make sure there is total awareness of the needs of photos and of the numerous specifications.

#2 Technology: invest in cutting edge technologies and manpower in order to provide supporting solutions; in this process, the use of artificial intelligence and machine learning technologies is key.

#3 Standardization: discuss options with the main players on this market in order to harmonize broadcaster’s metadata visuals offerings and to protect the rights of the copyright owners.

About TEMDG The European Metadata Group
The purpose of the group is to enable top quality metadata supply to the European entertainment industry, based on strong local expertise throughout Europe. To reach the highest quality metadata possible, the group works on harmonizing technical and editorial standards. TEMDG is a group with 14 members which was launched at IBC 2016. It was legally founded in March 2017 and organized as an EEIG European Economic Interest Group, with headquarters in Berlin, Germany. Managing directors are Nathalie Cagossi (Plurimedia), Corry Siegers (Bindinc) and Christian Töpper (media press Group, chairman of the management board). 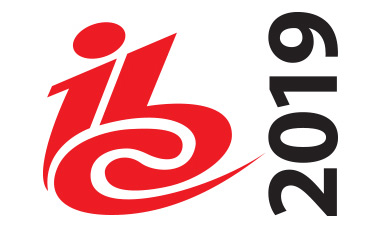 Meet the members of The European Metadata Group (TEMDG) during IBC 2019 in Amsterdam. We love to welcome you at our booth where we present our newest products and services. Fancy a good talk, a nice cup of coffee and more information about our newest services? Visit us at booth A12 in hall 14 or schedule an appointment. 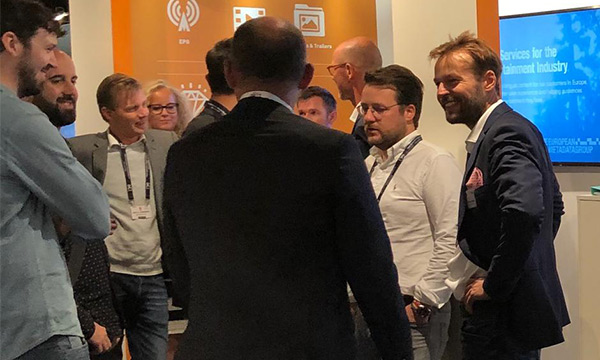 On Sunday 15th of September you are more than welcome during our ‘drinks & bites’ at our booth A12 in hall14.
Visit us at the end of the afternoon, around 17.00. Come and network with interesting professionals in our industry or just enjoy a moment of relaxation.
The European Metadata Group members will all be present. Fancy a drink, just stop by our booth. 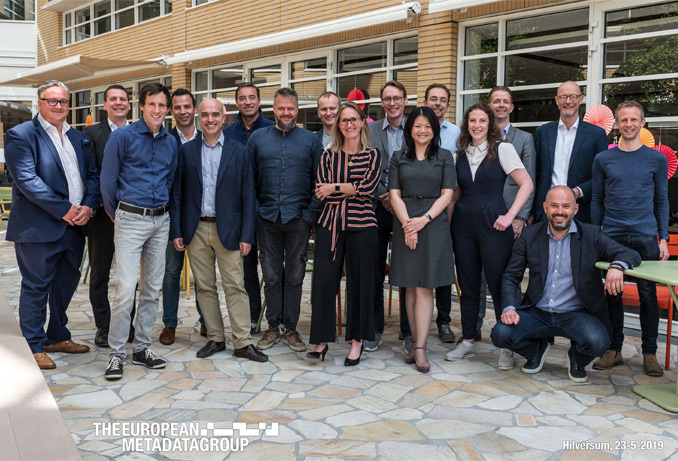 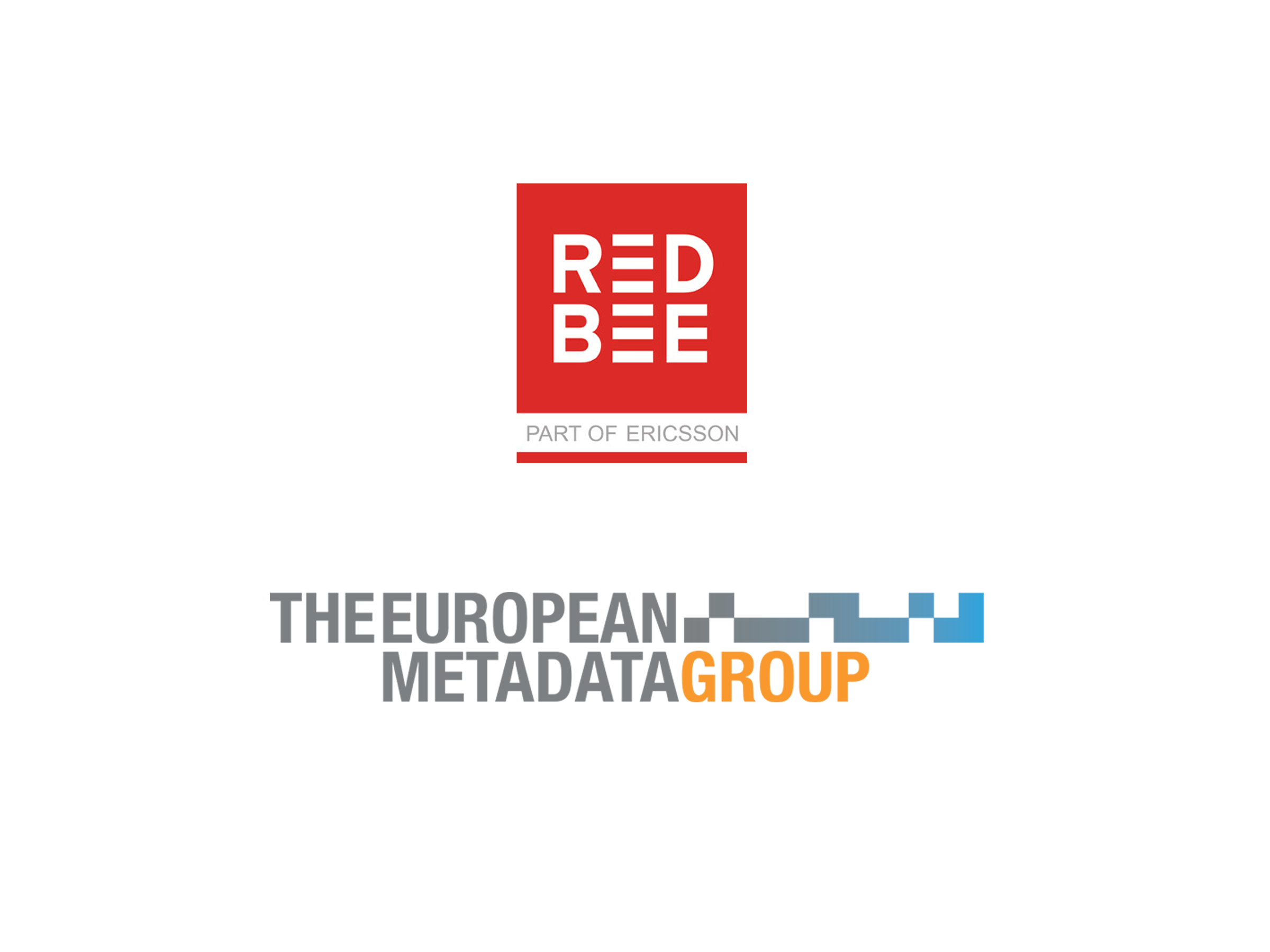 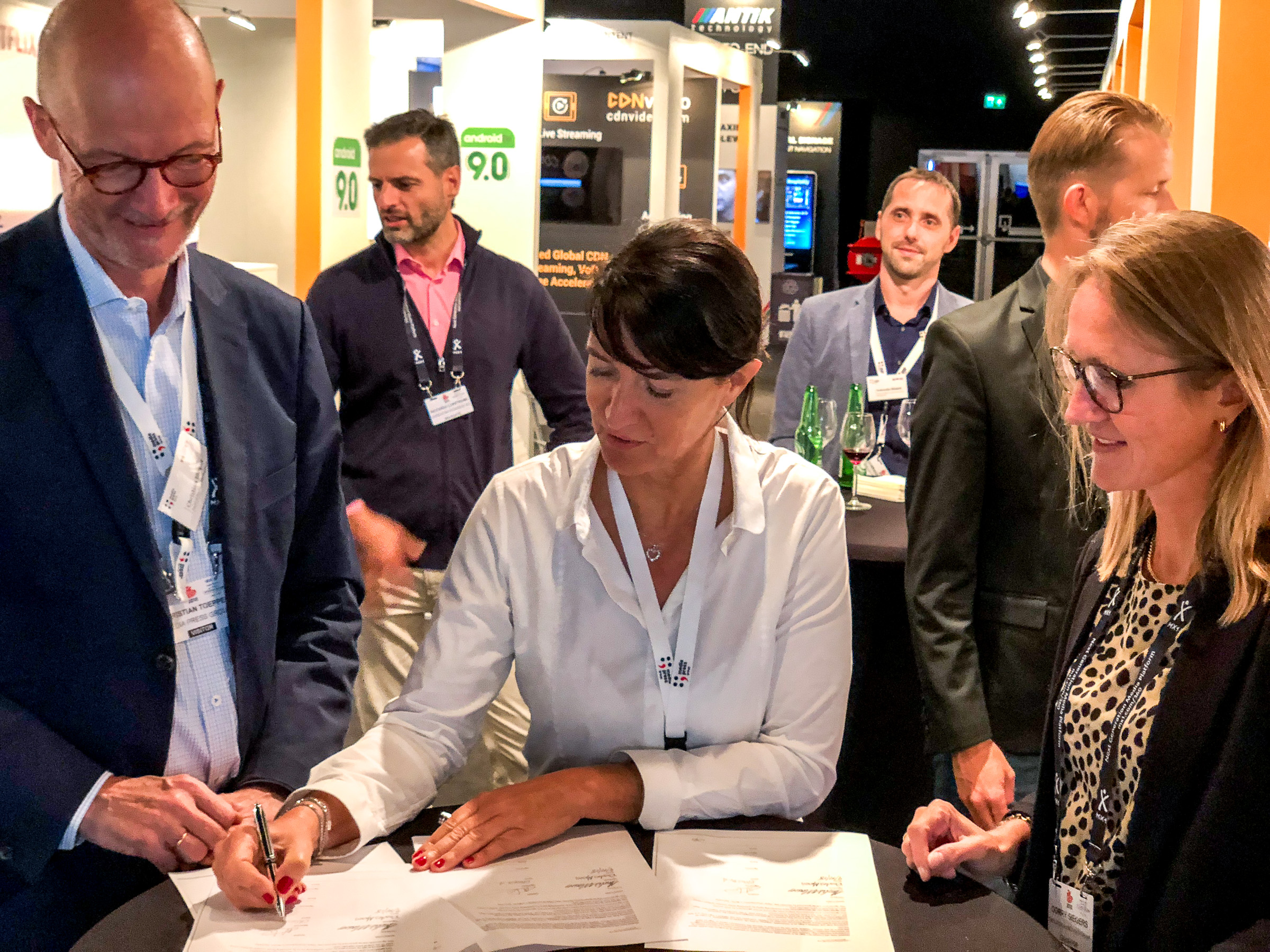 New associate member IVA from the US

With over 15 years experience working with clients from all walks of the content ecosystem, Internet Video Archive (IVA) has built its reputation as a leading vendor of trailers, clips, metadata and promotional images. “Internet Video Archive is pleased to be part of the European Metadata Group and integrate our services to provide prospective clients easy integration with IVA’s catalog of nearly two hundred thousand promotional trailers and clips for movies and TV shows. Mutual clients can enhance their content discovery experiences with videos that will be matched to EMG’s IDs and localized by language or country. By working together, prospective clients can get all their needs met at a cost that is less than other providers.” (Quote Rhodes Mason, President IVA) 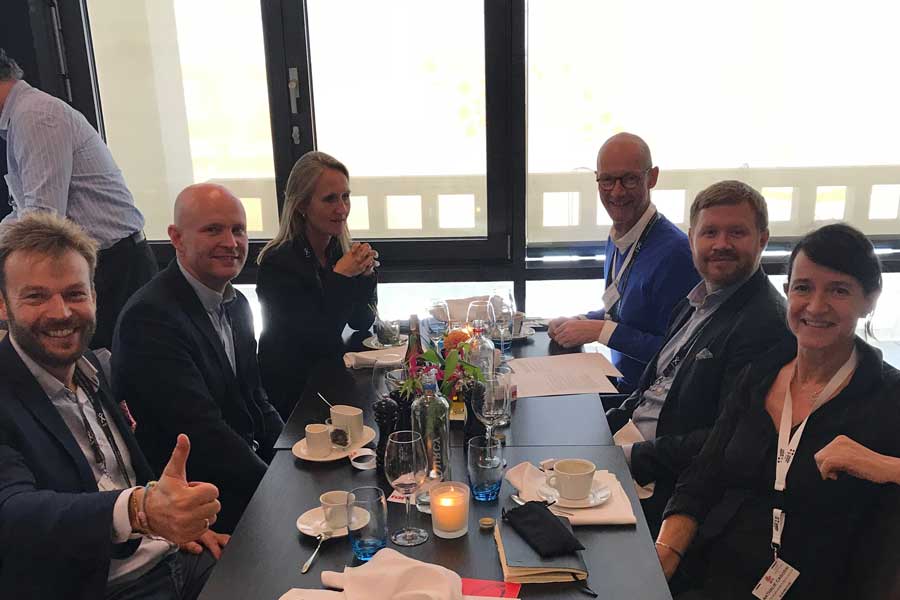 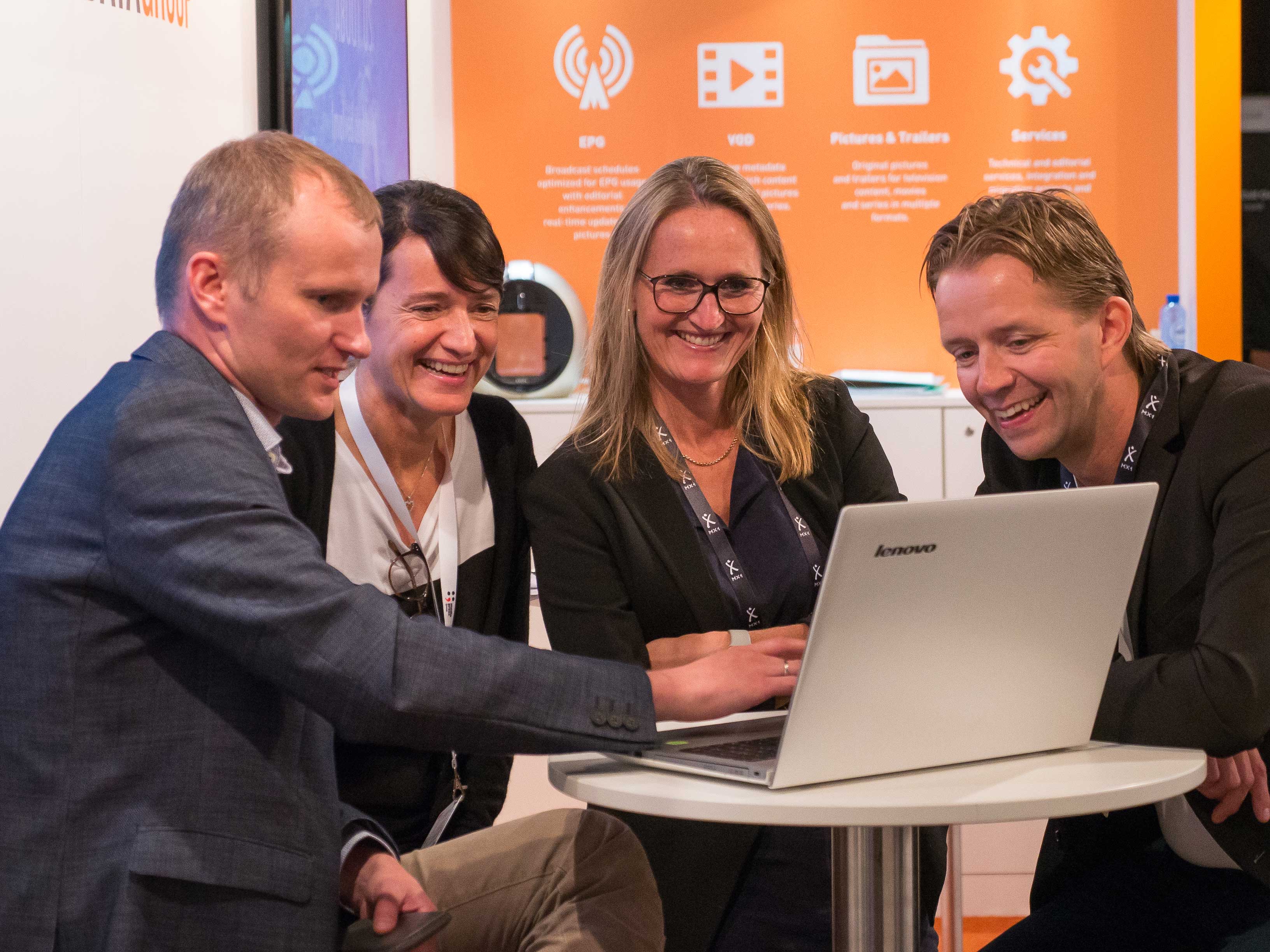 Drinks and bites at IBC

On Sunday 16th of September we organise an informal ‘drinks and bites’ at our booth A12 in hall 14, at the end of the afternoon.

You are welcome to network with interesting professionals in our industry or just enjoy a moment of relaxation. All members of The European Metadata Group will be present, so fancy a drink? Just stop by our booth. 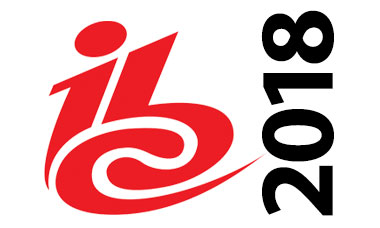 You can meet The European Metadata Group (TEMDG) during IBC 2018 in Amsterdam. We would love to welcome you at our booth where we present our newest products and services during the exhibition.

Fancy a break or a nice cup of coffee and a good talk? Don’t be shy and visit us at booth A12 in hall 14 or contact us first to schedule an appointment. 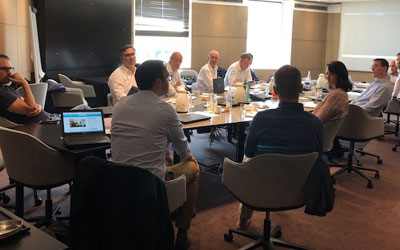 The European Metadata Group, representing the leading suppliers of metadata and editorial services for the entertainment industry in Europe, is pleased to announce the TV Metadata Visuals Initiative to focus on optimizing workflows between broadcasters and operators when it comes to visuals: